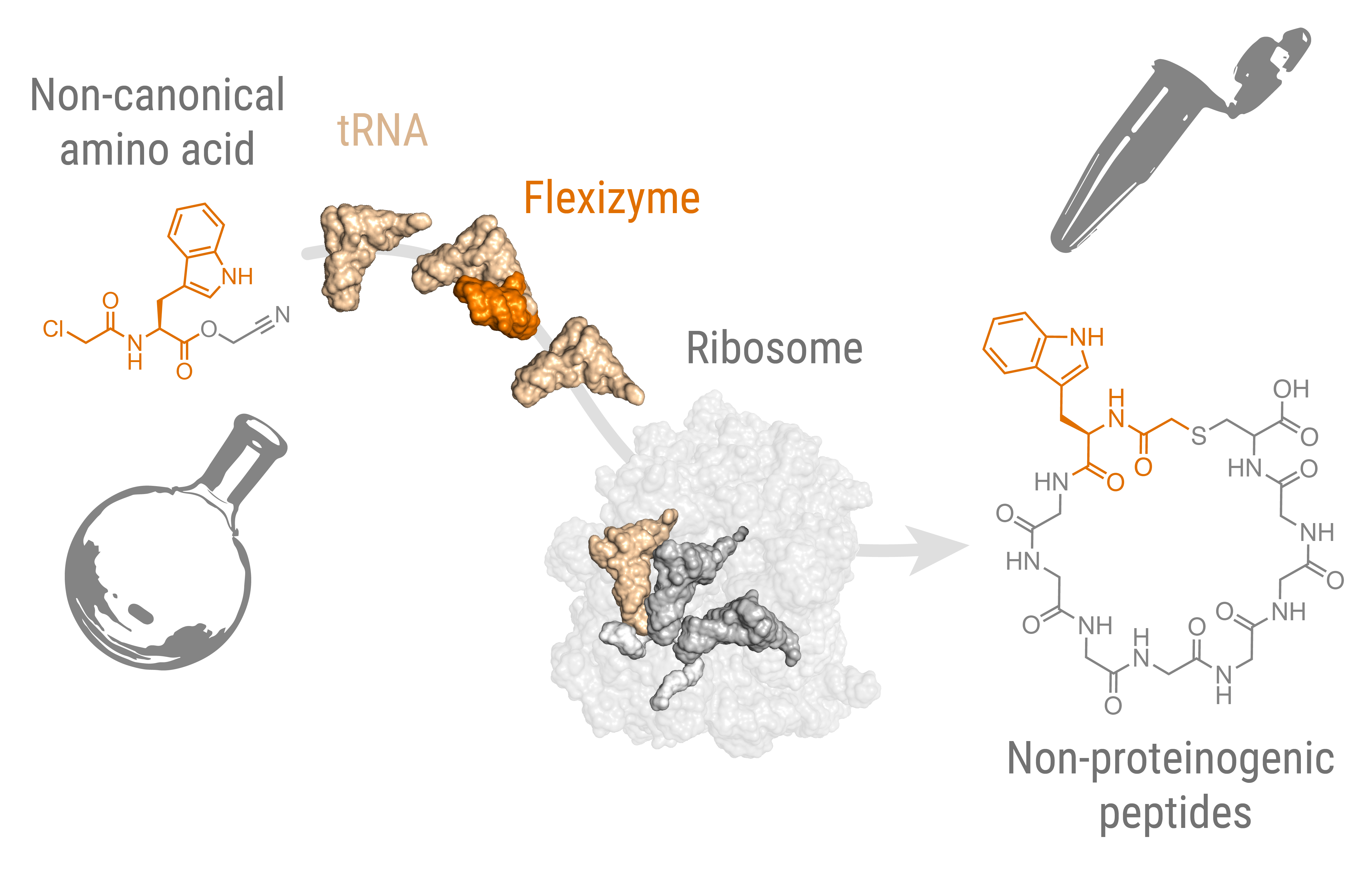 The E.coli ribosome has extraordinary peptide-synthetic abilities. In the Rogers lab, we use flexizyme technology, originally developed in the lab of Hiroaki Suga (University of Tokyo), to load non-canonical amino acids onto in vitro transcribed tRNA, for use by purified ribosomes in test tubes. This powerful chemical biology tool allows diverse non-canonical amino acids, even non-amino acid chemical structures, to be incorporated into peptides of custom sequence. 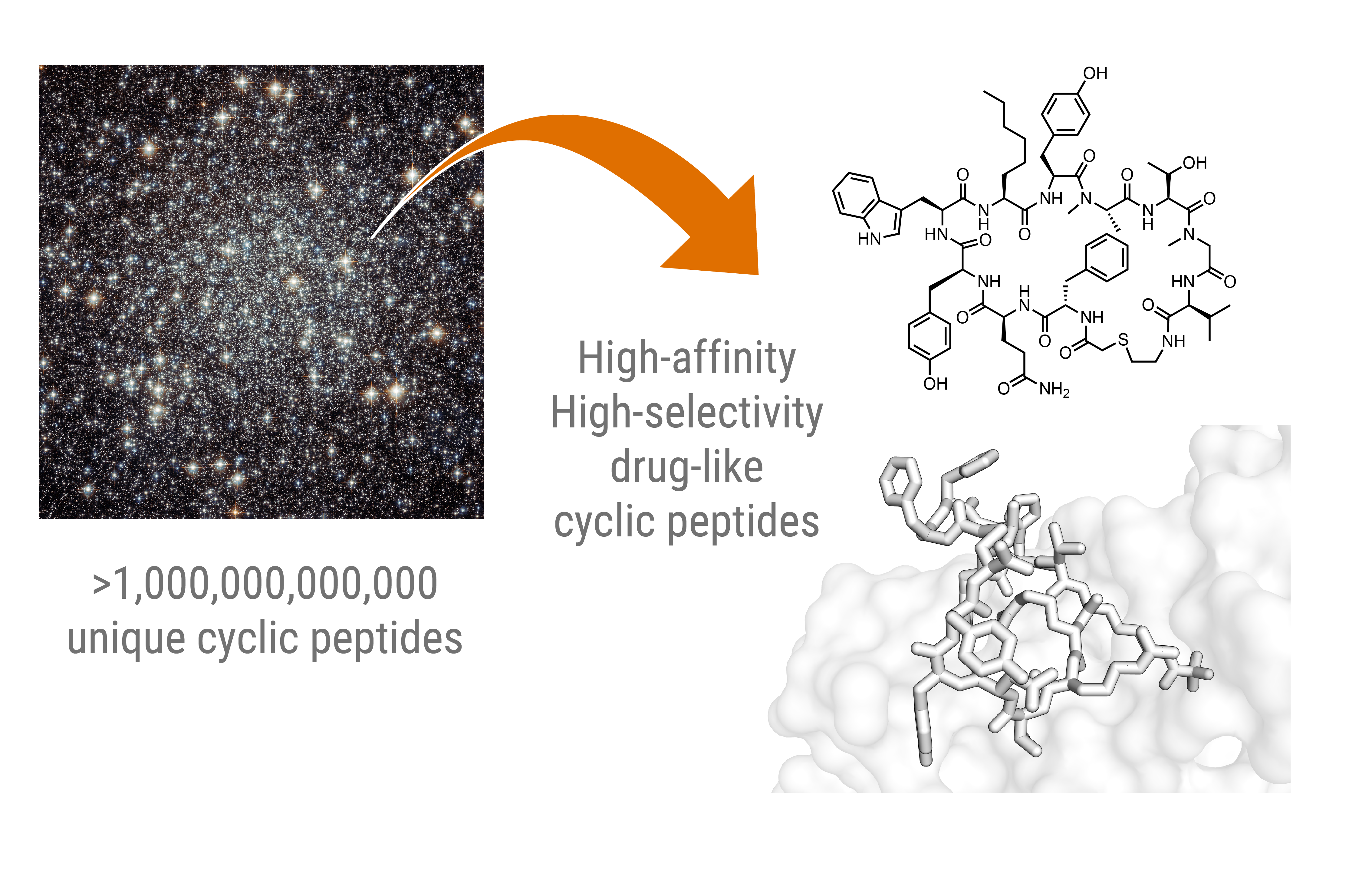 Natural product cyclic peptides excel at protein binding. Cyclic peptides, discovered de novo for chosen protein targets, are a promising alternative to small molecules or biologic drugs. In the Rogers lab, we use flexizyme technology and the ribosome to synthesize cyclic peptides - lots of them. Trillions of unique cyclic peptides, more than there are stars in the galaxy, can be made in a single test tube and screened for drug-like binding ability.

We thank the following organisations for enabling ambitious high-reward science